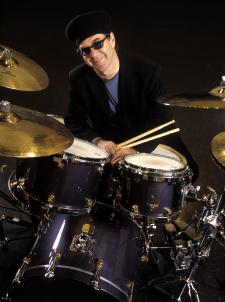 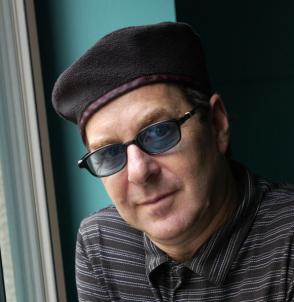 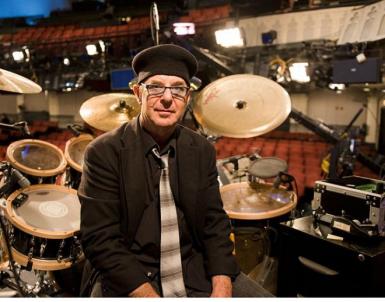 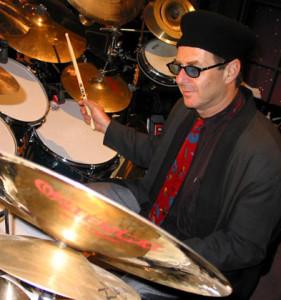 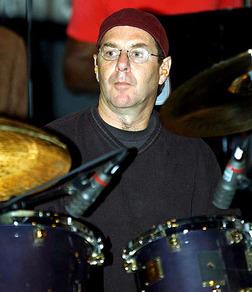 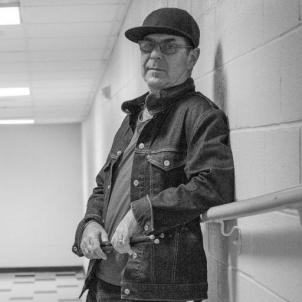 Your first solo album, FIGMENTS, was released last summer to rave reviews, and now you're promoting it to the Smooth Jazz format. It contains an incredibly diverse set of amazing tunes, from jazz to rock to folk to World. What's your philosophy behind the eclecticism on this album?

Well I think that all music is related to each other in that they all need a great groove and melody - even if that melody is very dissonant.

I like all types of music and thought, "Why should I limit myself to one genre or one type of music?" Since it was an indie project that I was in charge of, and since internet distribution via stores like iTunes, Sony Connect, MusicMatch and the upcoming Microsoft Music store permit listeners to locate and purchase individual tracks, it seemed to me that I could make a record that lived in many places as opposed to one.

A major record label would never have permitted me this freedom, as it would have been a difficult record to market. Where would you locate it in the record store? I worried that it would be filed in the "various" or "compilations" bin and never see the light of day. This is why I turned down several distribution deals when I'd finished the record. I'm really pleased with the success we're having and it seems that people do 'get it.'

You chose to release and market your new album as an indie rather than through a recording label. What was the reasoning behind doing your first album this way?

Part of that answer is in the question before - but to elaborate - standard marketing and record companies like music to be pigeonholed - that way it can be marketed and displayed with one group in mind. I simply did not want to make a one genre record, feeling that my writing, drumming and producing would unify it under one umbrella in the end. People don't listen to only one style of music, why should a musician be limited to one particular musical style on each and every song on his or her record? Creatively, it doesn't make sense.

You actually got Brian Wilson to sing vocal harmonies on "Hand on My Shoulder". How did this come about?

Honestly, I'm as surprised as you are! But I had a friend who was very close to Brian who helped facilitate this.

The song was perfect for him and Blondie Chaplin who was the lead vocalist - he also sang the lead on 'Sail on Sailor' and was in the Beach Boys during the Holland album period - so the connections made a lot of sense. After listening to the song and a few requests, he agreed to sing the background vocals for me. They sound beautiful - classic Brian Wilson - I'm a lucky guy!

This is one of the questions I'm often asked, and I go into it in greater detail on my website:

I know you grew up in Cape Town, South Africa, is there one particular song or performance that stands out in memory as making an especially strong impression on you as a young child?

Both "January, February, March" and "Tears" are very reminiscent of growing up in Cape Town, South Africa.

"January, February, March" is a folk minstrel song from down there and I used Bakhiti Kumalo, Tony Cedras and Morris Goldberg - all of SA to help recreate that sound. It was so easy to get the sound since we all grew up listening and playing that stuff. Songs like this were played through the streets by competing troupes on New Years day and represented the life and soul of the city.

Tears also has a Cape Town vibe and Tony provides that on the piano and accordion that he plays on the song. The song is melancholy but uplifting and we get a great response when we play it live. This instrumental contains many powerful memories for me. I played a steady gig with Chris Botti [Sting], Andy Snitzer [Rolling Stones], and Chris Minh Doky [Trilok Gurtu] for about a year and got them on this track.

You've been into the drums since you were 4 or 5, and have been wildly successful with them. If you were to choose a second instrument to master, which would it be, and why?

Piano - because that has bass, lead, harmony and independence. You can hear the whole song on the piano.

Having been part of the Late Show with David Letterman now for something like 17 years, and backing an incredible array of musicians, what would you say has been your most challenging assignment to date?

It has been a supreme thrill to play with all these great musicians over the years - from James Brown to Springsteen to Willie Nelson to Miles Davis. I guess Miles was quite a challenge because he is one of the greatest musicians of the 20th century - in my opinion. He could be quite tough on musicians so I was a bit nervous - but I said to myself that I was not going to blow the chance now that I had been given it. In the end he was quite complementary to me - so it was a super positive experience.

You have played gigs over the years that most musicians could only dream about. Is there one in particular that stands out above the rest as a truly stellar experience for you?

There have been so many, it's impossible to choose just one! Some are just fleeting moments: like playing at Live Aid, the Dylan 30th Anniversary celebration at Madison Square Garden, jamming with the Who at the Rock and Roll Hall of Fame, and the Concert for New York City.

What kind of emotion was stirred up for you when you played in the Post-9/11 Concert for New York City?

Well, that was bittersweet. We were there for the worst reason in the world and yet I was living a childhood dream on stage. And I also knew we were providing some comfort and allowing the firefighters, police and other public servants to blow off some steam. It really was a swirl of emotions. That night I backed up Bowie, Clapton and Buddy Guy, Destiny's Child, James Taylor, Mick and Keith - and don't forget the Backstreet Boys. It was a very, very emotional night and one I'll never forget.

What elements do you look for in a song that makes it especially satisfying for you to perform as a musician?

When all the elements come together - groove, melody, words, harmony - whether it's a ballad or bashing.

And finally, what are the Top Ten reasons why you love your day job?

Are there any social causes that you have a special attachment to, and work to support?

We auctioned off the first drum kit I used on Late Night with David Letterman, among other items, for the Ocean Conservancy. We need to keep our seas and reefs clean - otherwise we will destroy ourselves!

Is there an underlying philosophy of life that you can credit for the success you have achieved in your career?

This business is a combination of luck and skill - but the harder you work - the luckier you get.

The album is available for preview and immediate download on Itunes:

Anton was asked by the folks at iTunes to do a Celebrity Playlist; He is one of 65 artists featured in that area since the Store opened last year. You can see Anton's selections: