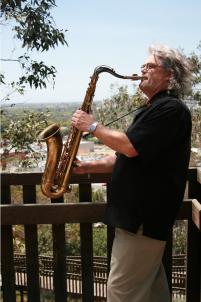 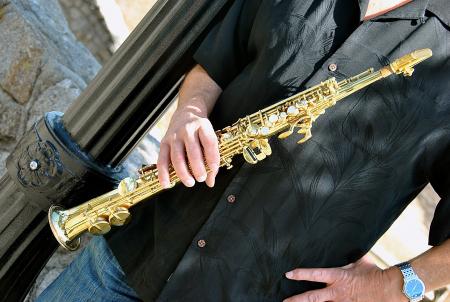 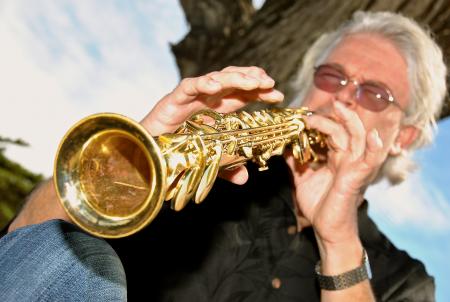 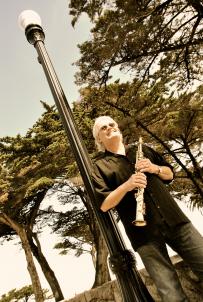 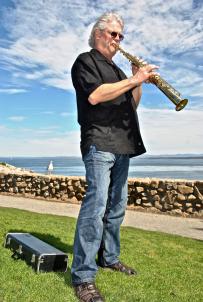 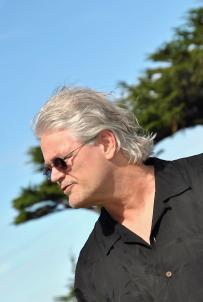 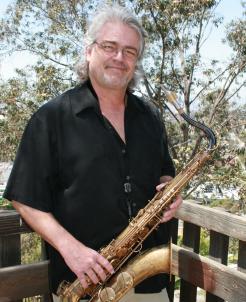 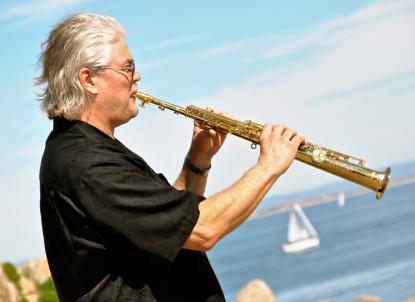 How did this new single, FLOW, and overall concept for it come about, and what are your ultimate goals with it?

Some years ago, I was sitting there with my recording software up and picked a nice pre-programmed drum groove I found somewhere. I started to play along putting down some chords on the keyboard and came up with a sequence of chords that I really liked and then recorded it, also adding keyboard bass. Then I picked up my tenor sax and just sat down and improvised along with what I’d come up with, recording what I was playing. I wasn’t that serious about it, just had a nice time improvising along to the set of chords that really inspired me.

I thought what I’d recorded sounded pretty good with some nice saxophone, but didn’t think that much about it for a while. It took me a few years actually, until about 2019, I think, when I happened to listen to the recording again to realize that I had something I really liked and wanted to ﬁnalize. You sometimes don’t recognize how well you did something at ﬁrst, but then years later go, “Oh, that was actually pretty good!” - So now, we have Flow!

It’s an urge that’s always there. It’s just a part of me. I don’t really reflect on what inspires me that much any more. I just feel this perpetual stream of music in me. It’s a powerful stream. It’s probably like that for many musicians, if not all of us. Your surroundings definitely have an influence on your playing – and style of playing - and writing as well. Living near the ocean in a type of community that I love certainly inspires me.

What artists do you fell akin to or in the same tribe with?

My main influences in terms of playing the saxophone are what I think of as the New York City tenor sax traditions; from John Coltrane, Dexter Gordon, Sonny Rollins, Joe Henderson, Archie Shepp, and Wayne Shorter to many NYC tenor players today. On alto sax, I think my main inspiration has been David Sanborn, another player I think of as out of a NYC vein. Over time, my love for the great Cannonball Adderley’s alto playing has just steadily been growing.

The thing about contemporary jazz, much of the beginning of it evolved here in L.A. in the 1970s. The term smooth jazz hadn’t been coined yet then. When I came here and heard it, my own term for it was Pacific romantic funk (smiles)! Cool driving-along-the-Pacific Coast-Highway-in-Malibu type grooves with lots of minor ninth chords, etc. That’s when I first heard Jeff Lorber, co-producer of and performer on two of my albums. He was playing at the Lighthouse in Hermosa Beach with the original Jeff Lorber Fusion the week I came to California.

Becoming a professional musician just happened as a natural progression from already starting to perform for pay as a teenager. I had a blues band with some of my buddies during high school. We played regularly all over my hometown Oslo in Norway and some road gigs also. I was actually the front man vocalist with the group. Plus I also played flute on some tunes. I went on to study music education with classical flute as main instrument – no jazz studies yet in Norwegian colleges and universities then – all the while keeping on performing. I had wanted to pick up the saxophone since hearing John Coltrane play on his classic album A Love Supreme - that was when I was still in high school - but was urged to wait by my college professors as they believed it would interfere with my flute embouchure, which was true actually.

By the way, when I went back to college here in the States later to get my Master of Music degree, Jazz Consentration, saxophone was naturally my main instrument. Anyways, I really wanted to become a jazz performer back then in Norway and therefore started out singing jazz while I was holding off on the saxophone venture. I didn’t really start playing saxophone until my mid-twenties; a pretty late start on what gradually became my main instrument.

So, my main performance trade in Norway after the blues thing was as a jazz vocalist doubling on flute and then starting to add saxophone as well. I also had a funky-style groove jazz group going and eventually started touring as a saxophone sideman as well, including with a Sha Na Na-style Rock&Roll group with a choreographed show, etc. So, becoming a professional musician just happened naturally.

It took a long time before I finally started recording my music. In 2006, I finally went in the studio to make my first record. I put together some tunes I’d written before and wrote some more and recorded Traveler, my first album. David Garfield was on keyboards, Ernest Tibbs on bass, and Jeff Olson on drums.

Family life, friends, and nature! A big part of the nature thing is my relationship with the ocean. I’m an ocean person. Extremely important to me. I have lived close to or by the ocean most of my life. I love ocean swimming. Love boats and ships. Just to be in the water or on it, or simply be gazing out over it is important to me every day!

You know, that kinship with the ocean is a Norwegian thing, too. Norway, along with Chile, has the longest continuous coastline in the world. The majority of Norwegians always lived along or close to the ocean. Goes back to the Viking Age and before that. I love beautiful nature and wildlife everywhere! California is a true Shangri-La if nature is important to you! From the beautiful coastline, including the coastal redwood forests in the north, to the Sierra Nevada and the desert beyond! It’s all stunning stuff!

When I was maybe four or five years old, there was a hit on the radio that featured two harmonized and very smooth-sounding alto saxophones. I didn’t know then what instruments were playing the lead, but I just loved the sound of the recording and the melody.

Just recently, I came to realize it was the hit “Sail Along Silvery Moon” with Billy Vaughn! He was a very successful musician and orchestra leader and had several hits. The way he used those two altos together created a very unique sound that made an impression on me! I’d walk around and hum the melody trying to make the sound of what later in life actually became my main musical instrument!

My parents didn’t play any jazz recordings around the house and there was seldom jazz on Norwegian radio. They would play the recordings of some of the big names at times such as Louis Armstrong, Duke Ellington, and Ella Fitzgerald, but not saxophonists much. I wonder now how I would have reacted to it if I’d heard John Coltrane at the time. Coltrane became the catalyst for me eventually picking up the saxophone.