Mike Di Lorenzo What We Need Keep The Groove

When keyboardist/composer Mike Di Lorenzo set out to create his first album in over ten years, he had every intention of making it an instrumental project with a few vocals. But when he started reaching out to the world-class singers that now populate the breezy, neo-soulful, easy grooving new project, WHAT WE NEED, he quickly realized that he was creating an all-vocal showcase, with his own dazzling synth, piano and arrangements. The incredible array of vocalists include Joel Kibble from Take 6, Anna Moore, Sonna Rele, Caino, and Denise Stewart. In addition to several silky, ultra-engaging originals, Di Lorenzo creates fascinating takes on tunes ranging from the Great American Songbook to contemporary hits by Charlie Puth and Justin Bieber – a set Di Lorenzo fondly calls the “East Coast Playlist.” 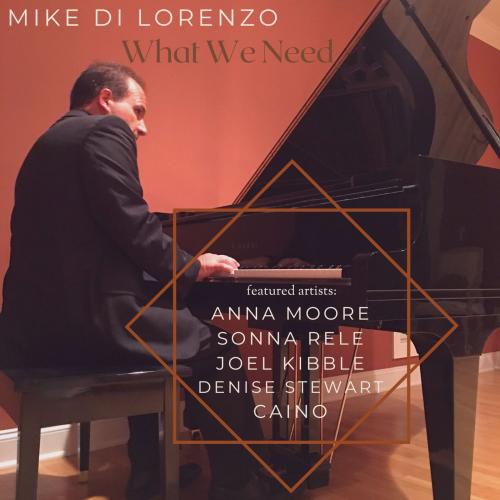