Grammy-winning, and towering guitar giants Larry Carlton and Paul Brown align on SOUL SEARCHIN’, creating a thrilling canvas for ten new originals! Carlton & Brown’s first co-led album, available September 24, 2021 celebrates jazz, blues, killer grooves, the Grateful Dead, Allman Brothers, Prince and more! Carlton has graced over 100 Gold and Platinum albums, while Brown has scored 80 some #1 radio hits. The two join forces for a set of songs that promise to excite and delight fans worldwide. The synergy between Larry and Paul is palpable. Their telepathic interplay, and joyful exchange create numerous moments to willingly get lost inside the music. Carlton reveals their secret ingredient, “We have different musical backgrounds but, the common thread for Paul and me is that we both like melodic music with a great groove.” 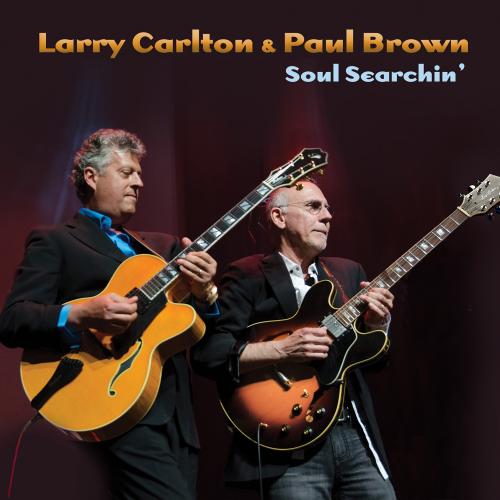