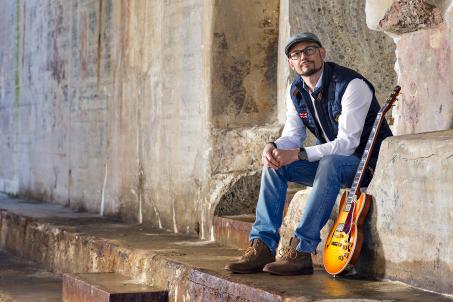 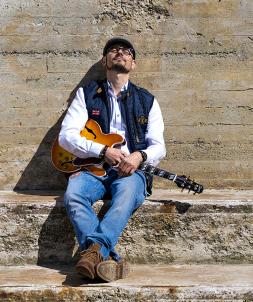 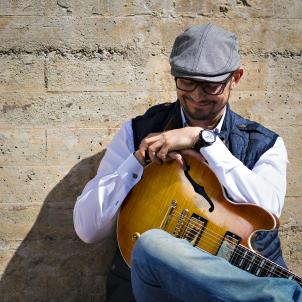 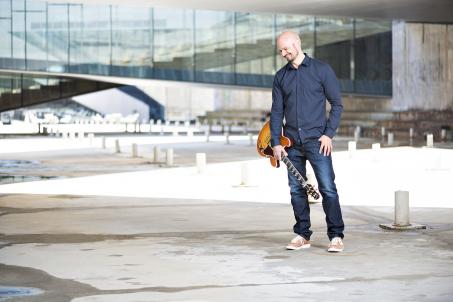 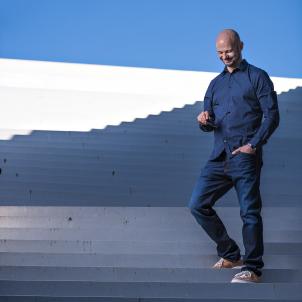 I've been totally hooked on guitars and music since I was 4 years old. When I started high school I realized that I just couldn't imagine working with anything but music ... I knew I had to go all in. It wasn't so much a decision, but rather a desire that I just couldn't hold back.

A few years later I was paying my rent playing gigs, and that lead me to do tons of studio sessions and a lot of house band gigs on TV-shows.

After many years working mainly in studios or on TV-sets, I started playing more live again. While touring with keyboard player David Garfield, I realized that I was ready to record my own music and I did the Funky Flavas album (featuring Mike Stern and Michael Ruff).

My dad ... He was so passionate about everything he did. He really followed his heart and became an internationally respected potter and painter. To experience his passion for art was something else ... At age 82 he could hardly walk, but he managed to walk to his atelier and paint even though he could hardly see anymore either ... He just "needed" to paint and that was immensely inspiring.

He was also that type of dad who would pull me out of bed when I was a kid if he saw a great guitar player or singer on TV that he thought I should be introduced to.

When I was about 10 years old my big brother Jesper took me to an Eric Clapton concert, and that changed my life. When we were going home after the concert I told Jesper that I wanted to play guitar like Clapton. He smiled and told me that for that to happen I had to practice a lot. I still remember holding his hand, on that cold rainy evening while thinking "Alright Jesper, then I'm going to practice ... a lot."

What would you define as the most life-changing event so far in your musical career? Every time I play with great artists I think my life gets richer...

When we were recording drums and bass for my "Miss You" album, Ricky Lawson and John PeÌ±a were grooving soooooo hard, when a security alarm went on. Its was loud and, of course, totally off tempo - but they just kept the groove going. I asked the engineer if the alarm would end up on the recording too, and he replied "sure." I asked why Ricky and John didn't stop ... And he smiled and said that they had a nice groove going, and that I (the producer) hadn't stopped them. When I listened to that session afterwards I could hear the alarm nice and clearly ... And I could hear a killer groove ... The alarm didn't affect anything in what they did. Every single note still sound like it was a matter of life or death.

I love getting new ideas ... Either for a song or a project. I have so many scratch songs I want to record. I have several books on my hard drive that are almost ready for publishing (I've had 5 books published so far), and I love developing themes for TV-shows or the like. I just don't have time to do it all. I don't think I play or write music to be rewarded ... I just get a kick from developing ideas and being creative. I'm the type of person who brings my guitar with me on holiday.

But rewarding? Well it's fantastic the first time I hear a new song I've written, played by some awesome musicians in the studio. But the most rewarding thing must be when someone tells me that I've touched them with my music.

My children ... I just love hanging with them. I just looooooooooove them and it's impossible to describe how fantastic it is to be a dad. I love to play music, I love touring and I love to work for hours in my studio, but to sit with the girls on the grass underneath our apple tree beats everything.