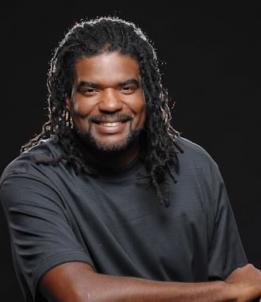 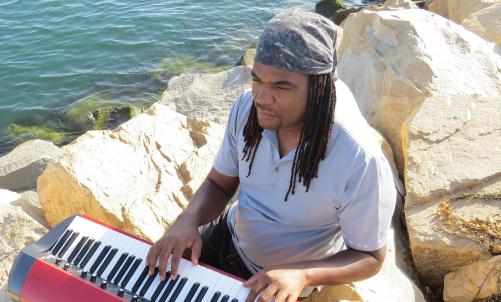 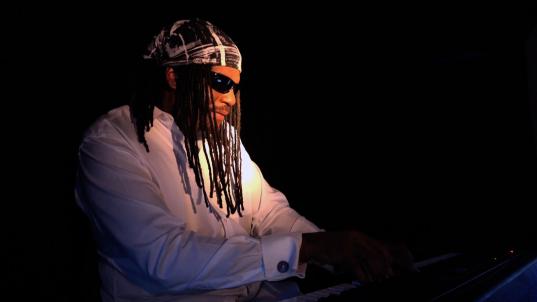 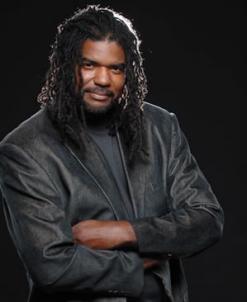 Working with other musicians in such a way that you're able to get what you need for the record and at the same time allow them to leave their mark on the project, and perhaps even take it to a place you hadn't envisioned without compromising your original intention.

Several years back I got a call around 10 am. It was my brother, who was working on the set of the VIBE television show. The musical guest was Confunction. Their Keyboard player wasn't going to make the show and they needed a replacement. I came down to the set and started working with the MD on the songs. I felt totally intimidated and was having a hard time learning the material. The MD seemed convinced that I would not be able to get the parts in time. He walked away presumably to work on a plan B. As he walked away, I realized that I wouldn't be able to live with myself if I missed this opportunity to work with a legendary band, not to mention letting my brother down who had put it all on the line by recommending me. I regained my composure, got focused, and had the parts mastered by the time the MD returned 15 minutes later. Within an hour or so, I was onstage with the band performing live. I remember this story every time I come up against a challenge I don't think I'm up for....

I think we would benefit greatly by evaluating the music not only on the merits of musicianship but also on the impact of the songs themselves and their ability to communicate something meaningful to the listener. Songs like "Rainforest" by Paul Hardcastle, "Last Train Home" by Pat Metheny, and "Daddy's gonna miss you" from the Yellowjackets, are just a few examples of songs that have stuck with me because they were great songs as well as being great performances.....

How would you define a great song?

To me a great song is one that when you hear it years later, you can remember what was going on in your life at the time because it touched you then and maybe even helped you get through. Songs like that have been a gift to me and I feel a responsibility to give that gift to others.

The song "Bridge Over Troubled Water" by Simon and Garfunkel had a profound effect on me.

I would have to say my father, Cal Harris Sr. I credit him on my CD for filling my world with music. My father worked as a Recording Engineer for many legendary artists, which allowed me to observe the Production process at a very young age. He provided me with the professional recording equipment that I used to create my early compositions. My Dad was also an amazing composer who was always working on his songs. I often fell asleep listening to his music, and wanted to be just like him. His music became the foundation for much of what I'm doing now.